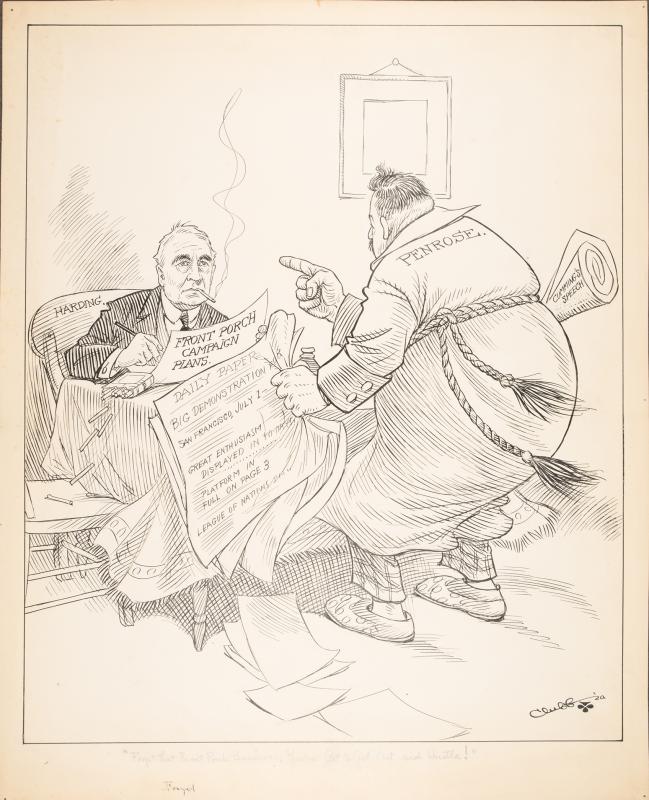 John Scott Clubb, "Forget That Front Porch Business, You've Got to Get Out and Hustle!," 1920 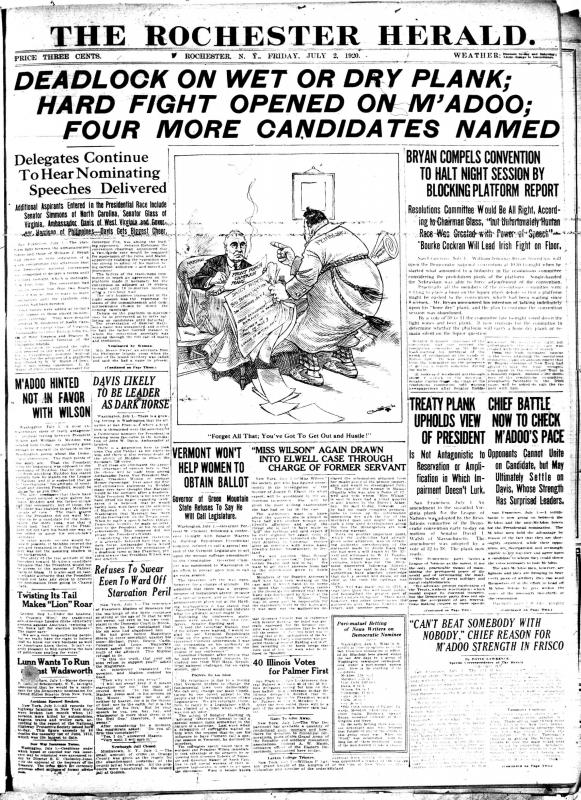 Clubb's cartoon appeared on the front page of The Rochester Herald on July 2, 1920, and is very clearly a reaction to July 1st newspaper headlines. There are a couple of things that stand out about this cartoon. One is that the cartoon is front and center on the newspaper's front page. As can be seen from the national sampling of newspaper front pages for July 1, 1920, just below, editorial cartoons were not commonly placed on front pages, and over the next few yaears the practice faded out completely, with editorial cartoons moving completely out of newspaper's front pages by 1929. The second thing that stands out is that the printed caption differs from the cartoonist's title. Penciled in at the bottom of Clubb's original drawing, is "Forget That Front Porch Business, You've Got to Get Out and Hustle!" while the published version more succintly states, "Forget All That: You've Got to Get Out and Hustle!" While a very small edit, it requires the viewer to draw more out of the cartoon and make the connection that what Penrose is telling Harding is to forget his front porch approach to the campaign. 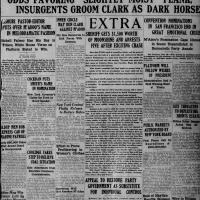 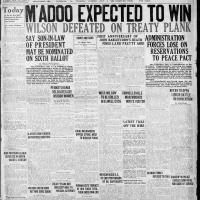 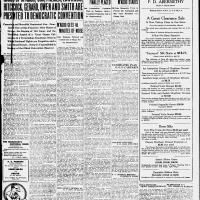 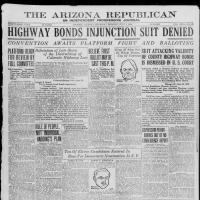 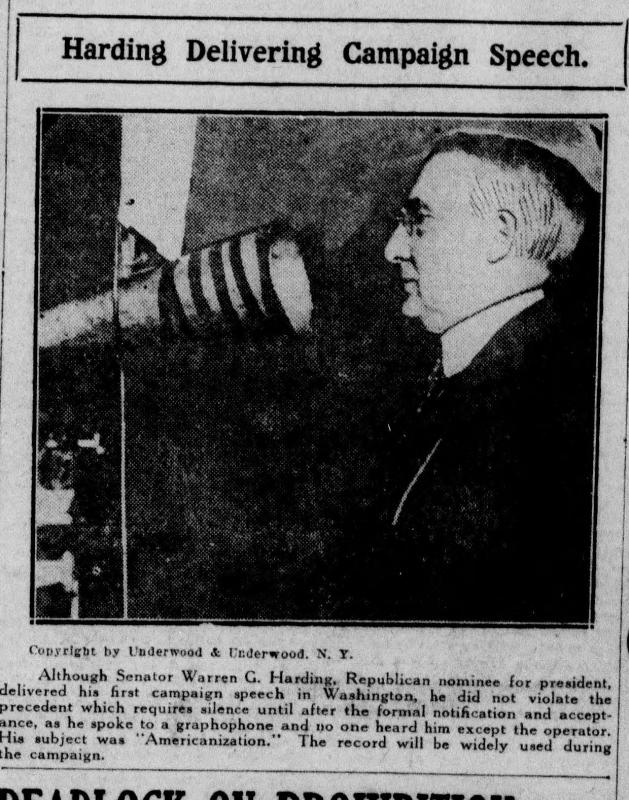 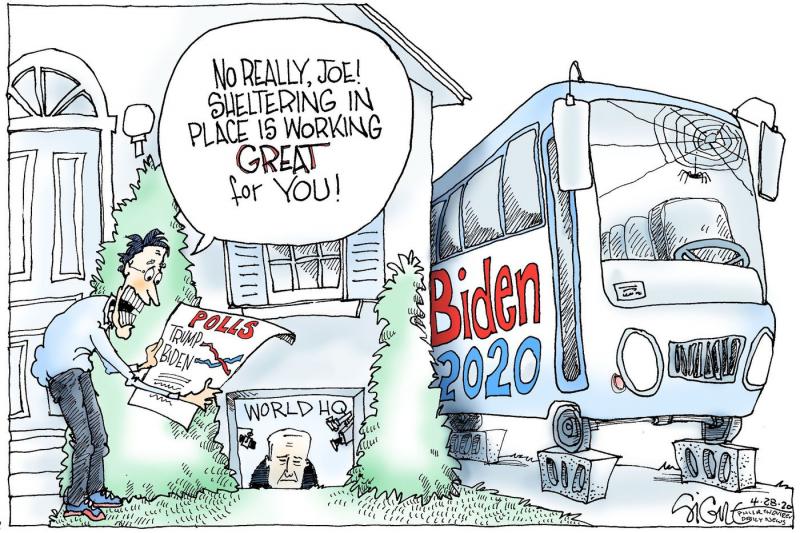 Front Porch campaigns were common during the 19th Century. Traveling around the United States was difficult, so many candidates would do public speeches from their homes. As new technology arose, speeches were recorded and broadcast.

In addition to an eerily similar climate of economic uncertainly brought on by a global epidemic, there are several other similarities between Harding's and Biden's U.S. Presidential campaigns. Like Harding in 1920, Biden's campaign in 2020 is focusing on messaging around a "return to normalcy". While Harding taped many of his speeches using the gramophone, Biden is being taped from his home. The cartoon featuring Biden running his campaign from home and bluntly sumising that this why he has a lead over Trump, echoes the claims that Penrose, Harding's main political cheerleader, intentionally kept Harding away from the public. 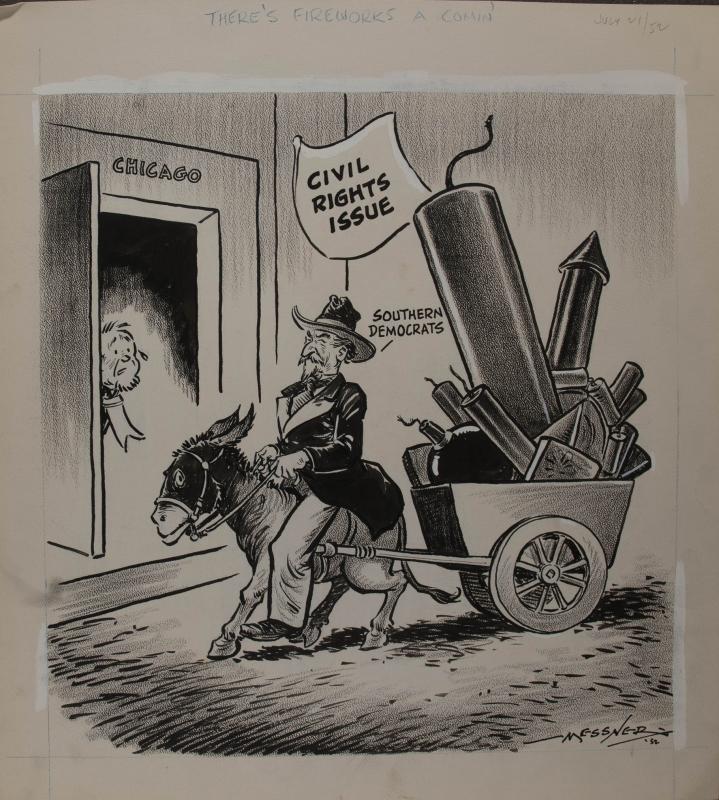 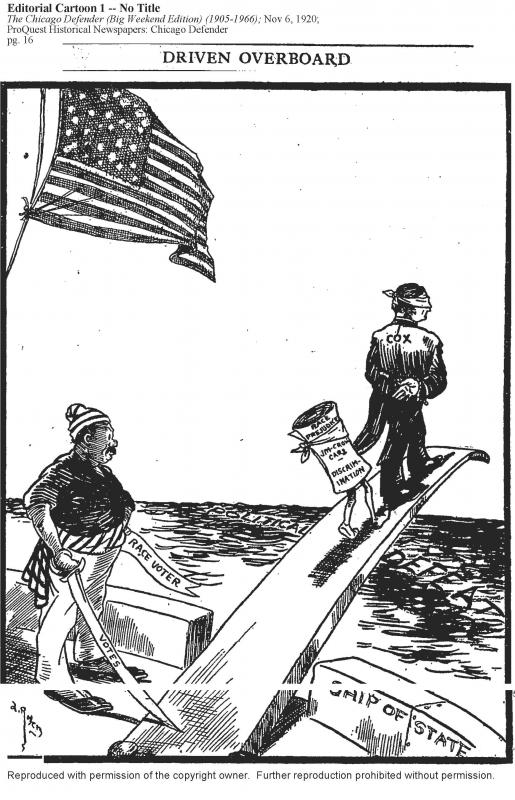 Race has been a major factor in all U.S. Presidential Elections, whether covertly or overtly. Looking at editorial cartoons helps highlight the ways race has factored into specific elections. Further, how the cartoonist depicts matters of race can help to understand the collective stance a particular newspaper's audience might have had.

On November 6, 1920, news of Harding beating Cox dominated newspaper's headlines. The editorial cartoon that appeared in the African-American newspaper, The Chicago Defender, that day shows a "race voter" with a sword that stands for votes making a blindfolded Cox, along with a rolled-up group of policies including Jim Crow cars, discrimination, and race prejudice, walk the plank of a ship. This cartoon's message is very clear: African American voters were directly responsible for Cox losing.

Harding was thought to be the presidential candidate that would make real strides with regard to Civil Rights. He spoke out against lynching and supported the Dyer Anti-lynching Bill. Speaking at Birmingham's 50th Anniversary celebration on October 21, 1921, Harding delivered an extremely controversial speech that spoke of equality between races. This led to members of the Ku Klux Klan spreading rumors that Harding was one of it's members.However Harding's term in office did not move social justice matters forward. 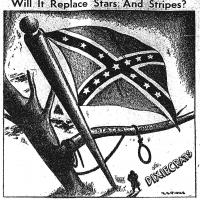 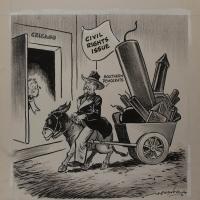 Looking at these two editorial cartoons side-by-side helps to sharply illustrate how different the Black perspective was from the "mainstream" – i.e. white – interpretation.  While Messner's cartoon shows that Civil Rights was a controversial, explosive issue at the 1952 Democractic U.S. Presidential Convention, it is pretty benign when contrasted with Robert P. Pious' cartoon that appeared on July 22, 1952, in the African American newspaper, Philadelphia Tribune, which features a noose on a tree with a confederate flag. 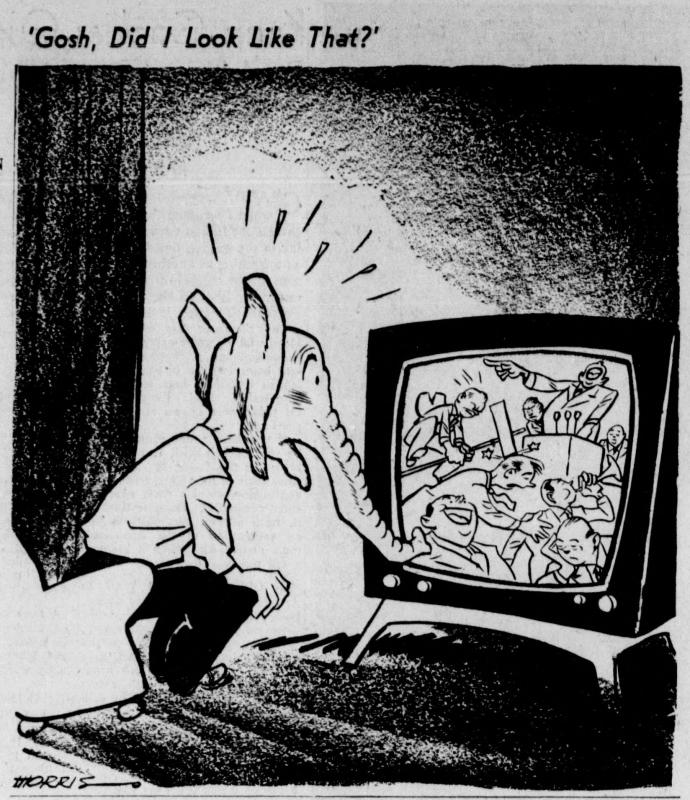 Acutely contrasted to both of these cartoons, this is the editorial cartoon that ran in the Democrat & Chronicle on July 21, 1952. There is no mention of Civil Rights or race at all, but the cartoon does comment on the fact that fighting was expected to occur at the Democractic National Convention.

Other Elections Cartoons from the Collections 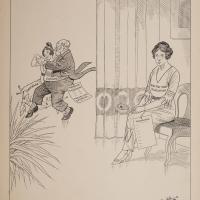 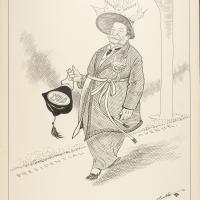 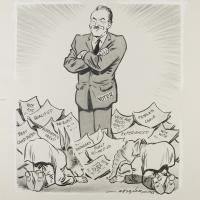 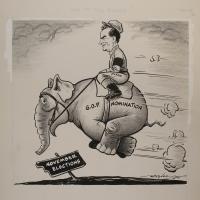 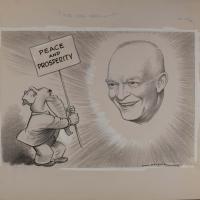 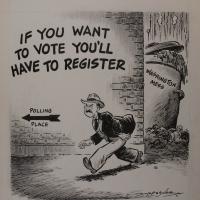 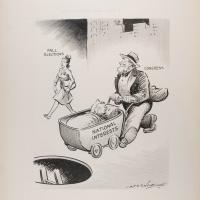 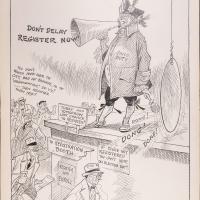 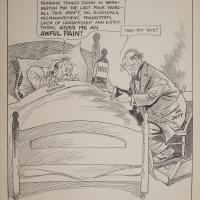 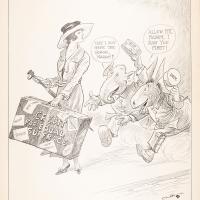 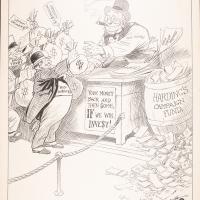 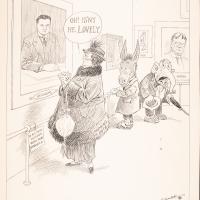