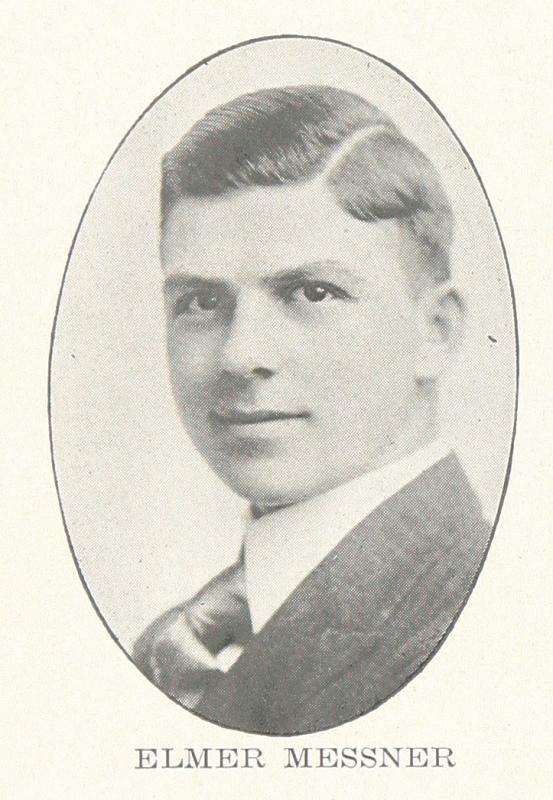 Image of Elmer Messner from the 1919 Rochester Athenaeum and Mechanics Institute's (now RIT) yearbook, The Ramikin.

Born in Rochester in 1901, Elmer Messner graduated from the Rochester Institute of Technology (at the time called Rochester Athenaeum and Mechanics Institute) in 1919 with an art degree. While at RIT he studied illustration and contributed his talents as art director of the yearbook, The Ramikin. After graduating, he continued his studies at the Art Students League of New York, eventually returning to Rochester to join the staff of the Rochester Times-Union. Starting in 1925 Messner taught drawing at RIT, and remained on the faculty for 20 years. His cartoons were reproduced in newspapers and magazines across the country and around the world. He left to work at the Democrat and Chronicle for a few years, but returned to the Times-Union where he continued as editorial cartoonist until his retirement in 1964. He died in 1979, at 78 years old.

Messner won numerous awards throughout his career. Frank Gannett, founder of the Gannett newspaper group, described Messner's talent as "the rare ability to reduce to a simple line, or a combination of lines, the story or an event and the feeling of the people." 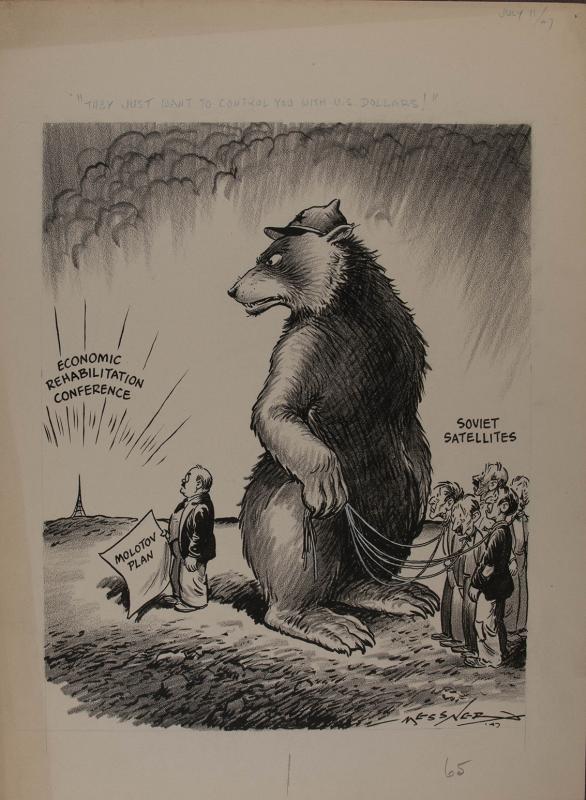 Many editorial cartoonists during the time period Messner drew churned out Anti-communist pieces. Cartoons were the perfect medium for this type of propaganda and used easy-to-grasp symbols such as bears and wolves.

In July 1953 Messner traveled with the USO Camp Shows Overseas Tour of the Far Eastern Command. A year later, in 1954, he was one of twelve artists selected by the United States government to make a pictorial review of Korea just after the Korean War ended. Messner ended up going on these U.S. Defense Department-led tours in Korea at least one more time in 1959. In 1955 the Free Europe Committee dropped two million copies of one of Messner's cartoons via balloons into Czechoslovakia. Headquartered in Munich, Germany, this organization included Radio Free Europe and the Free Europe Press, and was responsible for producing and disseminating pro-Western literature to people behind the Iron Curtain during the early years of the Cold War.

Also in 1959, Messner won an award from the Freedoms Foundation for work in the interest of a better understanding of the "American Way of Life." Interestingly, this organization still exists and still has an active awards program. Messner had two of his cartoons featured in Cartoons From the World's Free Press, a pamphlet published by the United States Information office. While not dated, it would have come out sometime between 1950 and 1959. Each of the pages in the pamphlet, which consisted of two volumes, has a cartoon and the United States newspaper the cartoonist worked for. The only known copy of this work is held by the Hoover Institiution Library, Stanford University. 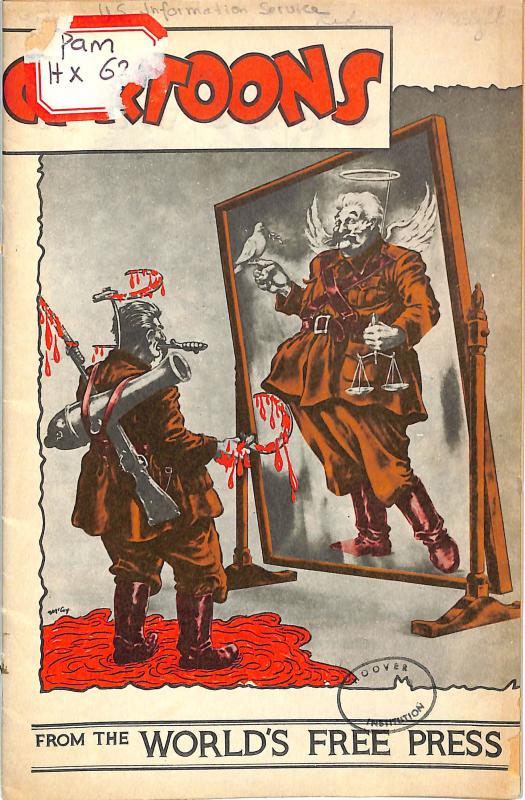 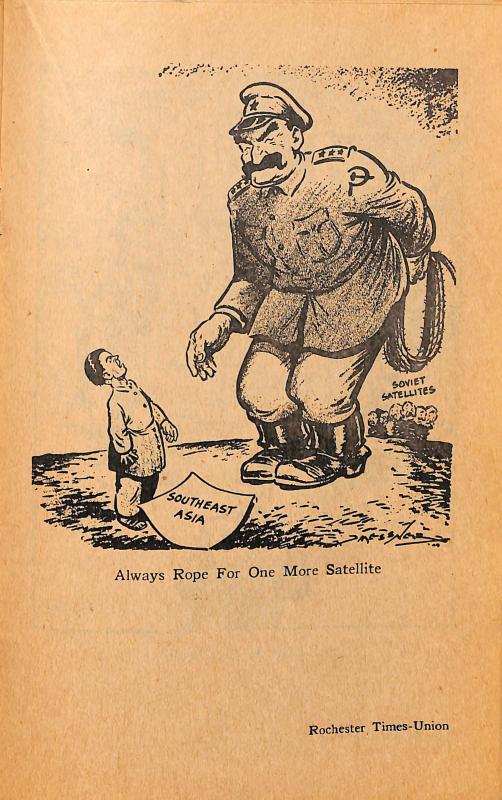