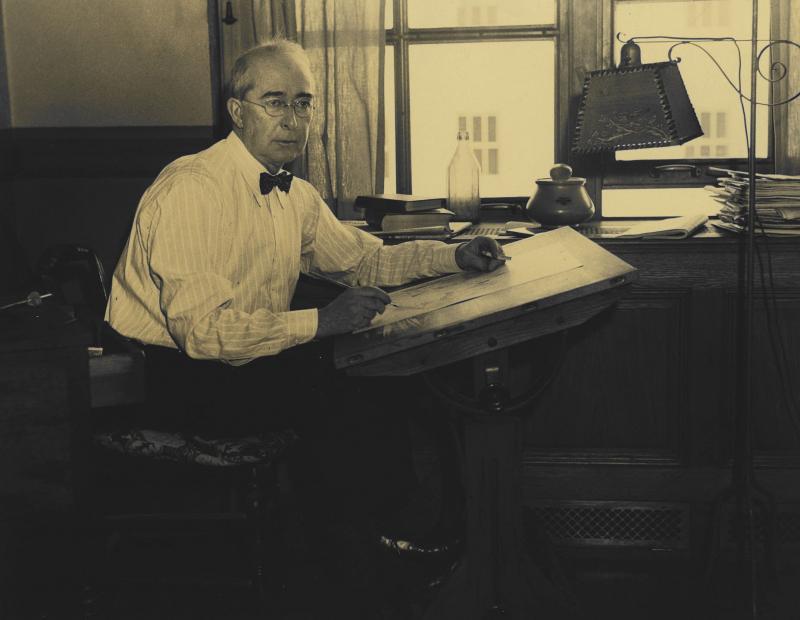 Born in 1875 in Halls Corners (now Halls), New York, John Scott Clubb showed a talent for caricature early in his childhood. He eventually attended art school, first at the Art Academy of Cincinnati and then the Art Students League in New York City before returning to Rochester. He died suddenly from a heart attack at his home in 1934.

Clubb's daily cartoons appeared on the editorial pages for 34 years. Clubb began his career in 1900 at The Rochester Herald where he stayed until 1926. From 1926 until his death in 1934, Clubb was a cartoonist at the Rochester Times-Union. His readership extended beyond the local area, and his cartoons were reproduced in magazines and newspapers nationwide. He was widely recognized by both casual readers and colleagues for his ability to combine astute social and political commentary with a talent for communicating ideas succinctly through his highly skilled drawings.

Joel Baggs cartoon as it appeared in the Rochester Times Union on July 1, 1929.

While local, national and international politics were the mainstay of Clubb's output, he was also known for his portrayal of “cracker barrel” characters discussing world affairs while sitting around a country store stove. Joel Baggs, a farmer from Gates, was one such character and was the protangist for a cartoon series, Joel Baggs Sez, Sez He--, published in the Rochester Times-Union and several newspapers across the country.