Photograph of Tom Golisano as a baby. 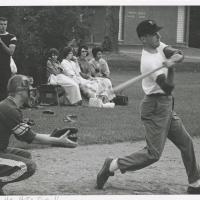 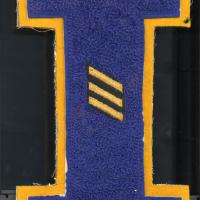 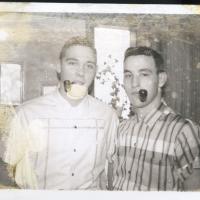 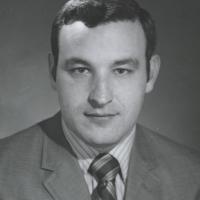 Photograph of Tom Golisano as a young man.

Tom Golisano's entrepreneurial promise surfaced at a young age. When he was just 10 years old, Golisano began collecting newspapers from around his neighborhood, taking them to the local dump—for a price. As Golisano grew older, this venture quickly grew into a more mature iteration, and he began delivering copies of the Democrat & Chronicle to his Irondequoit neighbors.

In yet another example of his inherent experimental prowess, a young Tom Golisano found himself in business with a childhood friend, as they sold “early access” to lanes at a local bowling alley. While this was a very lucrative enterprise, it was only a foreshadowing of the new markets and innovations that Golisano would one day establish and open to various communities. Moving into the future with $3,000 and a single credit card, 1971 saw the establishment of PayMaster, which would soon transform into the nation’s most prominent small business payroll processing company, Paychex.

← Introduction
The Transformative Power of Paychex →
A Young Entrepreneur